The Future of Reasing - Review FURE

WhatsApp
"We live in a society, which is just learning to cope with so much information." - Review FURE The two-day conference Future of Reading, short "FURE" at the Münster School of Design, the faculty of design of the FH Münster was concerned with the effects of digitalisation on our reading behaviour. Hosts were Prof. Rüdiger Quass von Deyen from the faculty and head of the competence centre Neudenken.Now in cooperation with Patrick Marc Sommer, founder of Typoint as well as co-publisher and editor of the magazine Design made in Germany.

The conference provides a platform for the exchange of positions and visions of known experts, designers and scientists, who deals with media like magazines, books and newspapers.

The first conference day Ruslan Krohn, founder of the digital media agency TBO and winner of the Grimme award, spoke about the competition for drawing attention to digital screens and about a changed consumer behaviour of a "generation screen". "Reading, as we know it, does not exist anymore", Krohn said. Another speaker was Mario Lombardo, who managed print products like magazines by KaDeWe, Joop, Rosenthal, Sleek, Fräulein or Liebling. To him the future of reading lies in pictures. The Argentinean surprisingly announced that he will retire from his current field of activity.

The second conference day FURE plus, the Design-Meets-Science-Conference, took place for the first time. Matters of design, mediality and technology were connected with matters of reception to build productive hypotheses for the scientific and creative field of activity. Following his grandfather's Marshall McLuhan and father's Eric McLuhan footsteps Andrew McLuhan spoke about the future focus of the McLuhan studies: The psychological and social consequences of human technologies. This year Prof. Dr. Lars Grabbe FURE plus as session curator.

"Perceptions, knowledge and action are shaped by time, space and technology. The experiencing of the world in contemporary western societies is phygital, as the physical and the digital are deeply interconnected and intertwined. It is up to media theory and research to explore and depict such complexity." "Paper Reading and Digital Reading share the linguistic condition of decoding, but they are very different regarding the navigational, hypertextual and hapto-gestural processes - there is no opposition, but a productive coexistence!" "The design of synthetic realities through spatial, locative and immersive media technologies is strongly tied to embodied phenomena - so we need to elaborate how our cognitions and actions are situated." "The perception of real or virtual media share the anthropological condition of 'Ausdruckswahrnehmung' (expressive perception) by reacting on the formal logical structure of that what the media present. The other way round that means design elements trigger feelings/vitality affects that influence our understanding and thus lead to actions. The responsibility of the producer is based on these effects!" "We want to support parents with media education to prepare their children for the digital media world." "People's attention became more selective, but people are informed more comprehensively and we live in society which just learned to deal with so much information." Further information on the web: 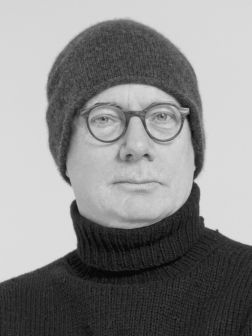